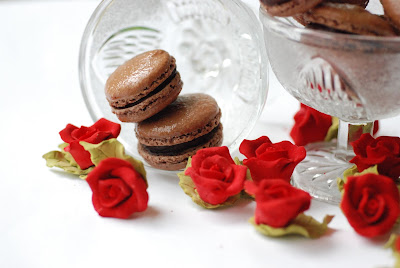 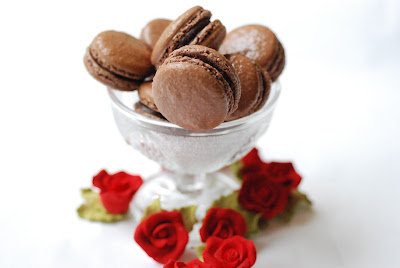 It is rather late for me to say that these chocolate macarons were my Valentine's gift to my wife. I made them only after 14th February. I made them a week later and I am now posting this blog. How late can one be. But it is the thought that counts. 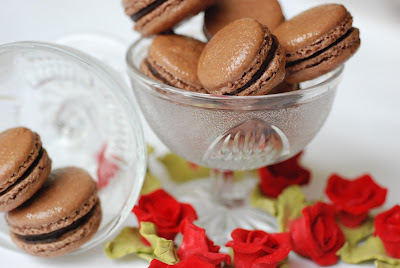 Well, 'thoughts' as it remains. After making them, I did not present her the macarons but simply left them in the refrigerator - own time own target - help yourself to them, so to speak. Isn't it terrible? Dying romance, one would say? At least it is not dead! 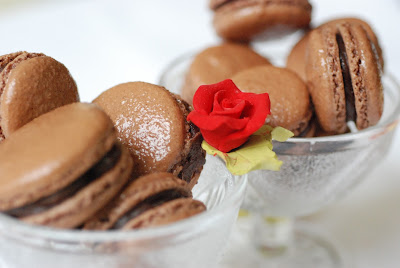 No, I have to qualify. It was mutual and I mean me and my wife understood the situation back then on the14th. Let's hope history will not repeat itself. By the way, for those keen in learning to make macarons, I suggest you surf the net. You'll get lots of recipes and advice. The thing is - keep working on it. I am doing just that.
Posted by ken bakes at 3:49 PM