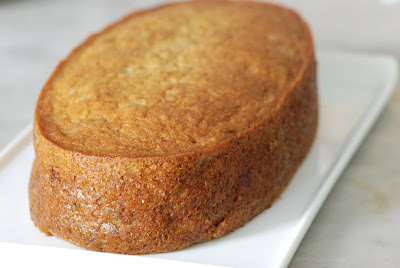 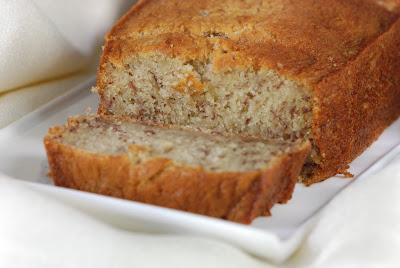 Decided to bake banana loaves today simply because I took home a bunch of bananas from a board meeting on Friday. My colleagues told me to bring them home so I could bake them a cake for Monday. Well, it was very appropriate as I was dying to try out the recipes from this book I had borrowed from the National Library - AllanBakes Really Good Cakes by Allan Albert Teoh. 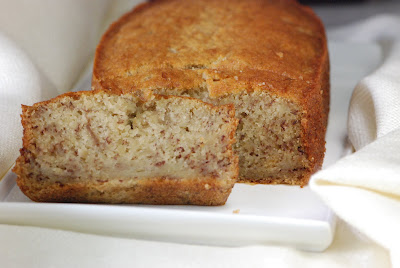 I first saw the book at a local bookstore and hesitated to buy it. There were some questions I had in mind as I flipped through the pages. Glad that when I checked the library, they had copies, fresh from the oven (pun intended). Decided to work out some of his recipe before deciding to buy the book or not. So, the first recipe was the Banana Loaf - what else? 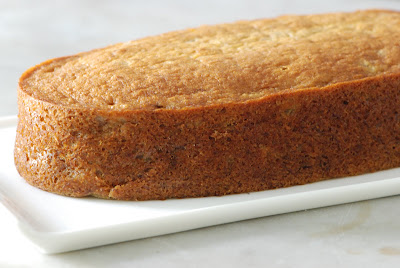 As you can see, the loaves turned out well and I want to believe they looked very similar to the photos in the book. But I found the texture not so fluffy but I could have over-folded the batter. Could have been a little sweeter so I thought too. I did not tweak the recipe except for reducing the salt to 1/4 tsp instead of 1/2 tsp.

Perhaps you might want to get your hands on the book and see if Allan's Grapefruit Chiffon and his Chocolate Cakes will turn out well.
Posted by ken bakes at 11:34 PM