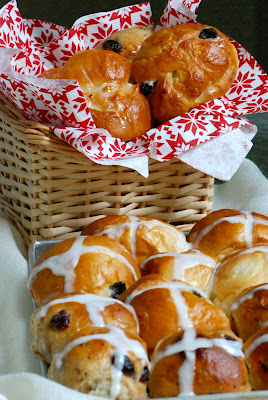 I have been baking breads lately. Yes, never thought of venturing into this realm of yeast and dough. I had attended a couple of bread making classes before and that was like 8 years ago or so. Never understood the kneading and proving concepts. I had always thought it was hard work. The easy way out was to just go to a bakery and buy off the shelves - pork floss buns, raisin buns and sugar buns. Why bother with the 'hard work'? 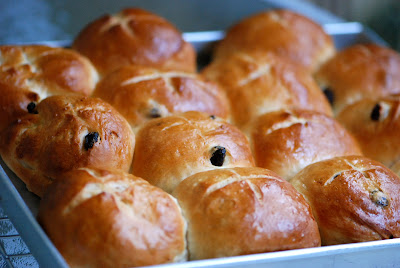 Until I signed up for a bread making class at a community center. The instructor was excellent in convincing me that bread was amazingly easy to do. Tried out a couple of recipes of buns (mentioned above). First few were a liitle hard or too flour-ly as my wife had put it. 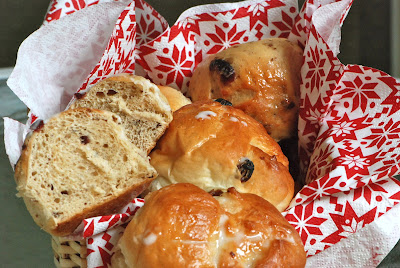 I did not give up. It was easy to do and yet I have not reached that perfect bun which is soft and fluffy. I pushed on and one day, viola!  I just got it! Now each time I make bread, or rather simple buns, I get them right. The texture, the softness and the lightness of fresh buns you get at the common bakery. Having mastered the skills and developed the confidence, I decided to do my own version of the hot cross bun. I threw in raisins and left out the cinnamon and other spices. I know that my boys have yet to acquire the taste for those spices. So my version is simply a raisin bun with a cross on top. 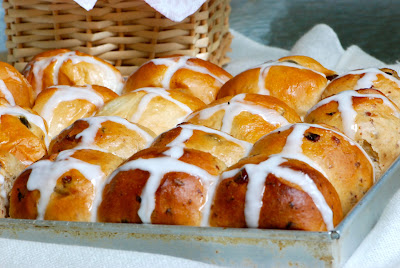 To add variety to it, I checked out Martha Stewart hot cross buns recipes. I was lucky to come across an old video, made in the year 2000, that featured Martha's mum, Mrs Kostyra, on her show and she was demonstrating how to make her delicious and traditional hot cross buns. Here is the link - Hot Cross Buns. I followed the video, step by step, and the outcome were the buns as seen above. The cross is made up of icing powder and milk. I had left out the lemon juice as required in the original recipe. 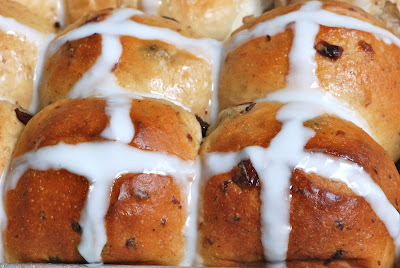 I believe I will be baking breads for breakfast for my family from now on. Perhaps I better say that I meant at least once a week. 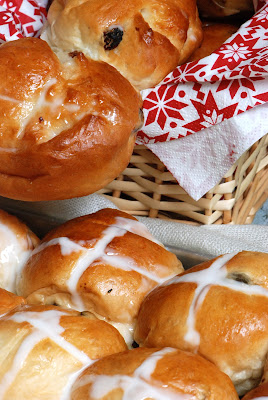 Email ThisBlogThis!Share to TwitterShare to FacebookShare to Pinterest
Labels: Breads