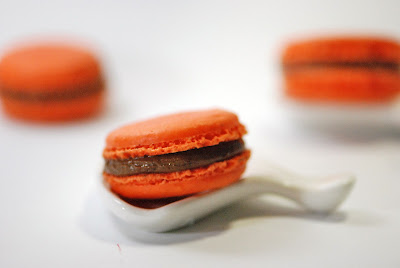 Once again, I have decided to make macarons and this time, orange macarons. Two reasons why I wanted my macarons to be orange. Firstly, I wanted to experiment using the orange coloring powder I had bought and secondly, to prepare for Halloween! 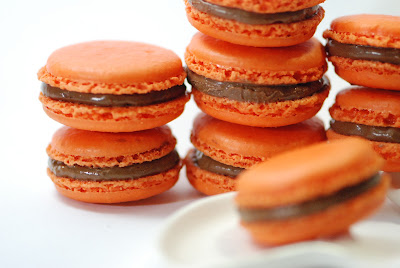 Well, I do not celebrate Halloween at all but the mere thought of making macarons that resemble pumpkins crossed my mind. Who knows too, I may be able to sell these heavenly halloweenees to those who celebrate the event. 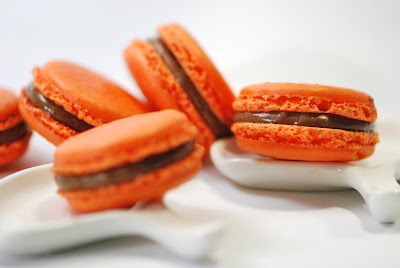 I was torn between making chocolate ganache and chocolate buttercream for their fillings. I decided on the latter as I wanted a firmer filling and for me to splash a couple of teaspoons of Cointreau into the buttercream. 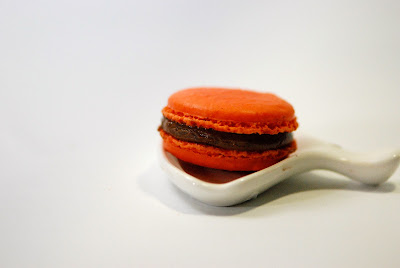 1. Sift icing sugar into a bowl and add butter, orange zest and juice.
2. Using a handheld mixer, beat (1) at low speed so as to prevent splatter. Increase to medium speed and beat till all ingredients are incorporated.
3. Add the cool chocolate mixture and beat for a couple of seconds before adding the Cointreau, if using.
4. Spoon mixture into a piping bag fitted with a nozzle.
5. Pipe buttercream onto the macaron shells. Be generous with the buttercream so that it will spread out evenly when another shell is pressed above it. 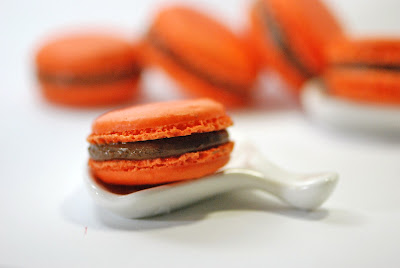 The filling was not very sweet but as usual, I regretted that I added just too much Cointreau. I could have used zest of one orange instead of two. And maybe, I should have added tiny orange bits from the rind to lend some texture to the filling.