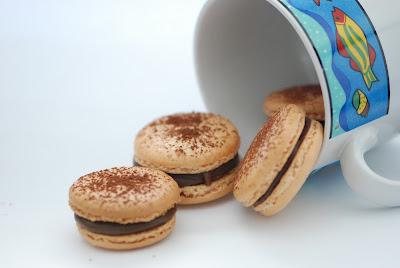 The thought of making either coffee or tiramisu macarons had been brewing in my mind for the past week or so. I finally settled for the latter as it would be my first attempt. 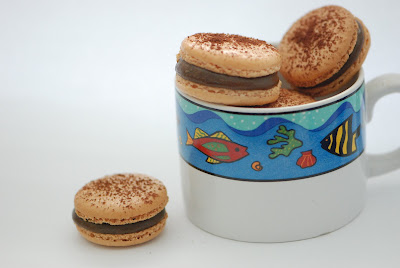 I checked out the internet to look for a different recipe from mine. I stumbled on a blog by Food Nouveau which not only offered a recipe but a troubleshooting guide as well. 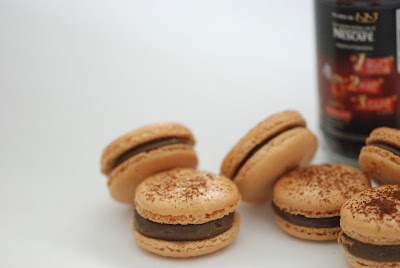 As tiramisu macarons, I thought I should increase the amount of coffee powder in the fillings. So in my white chocolate ganache, I added 2 tablespoons of coffee powder and the rest of the remaining powder (don't think it was more than a tablespoon) in the bottle. That was followed by a couple of dashes of rum into the ganache. The more the merrier... 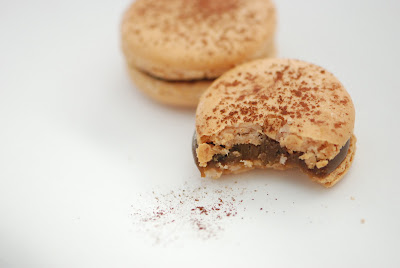 When the perfect looking macarons were cooled, I dusted cocoa powder over them. In my attempt to make them tiramisu-ish, I think I over did it with the coffee powder. 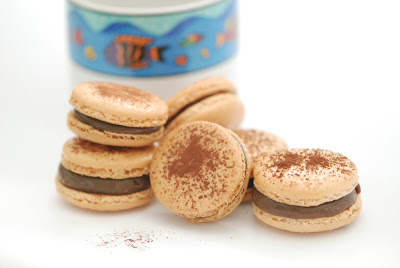 Once again, the macarons tasted heavenly. After a few bites, I concluded that the bitter taste of the ganache was balanced with the sweetness of the shells.